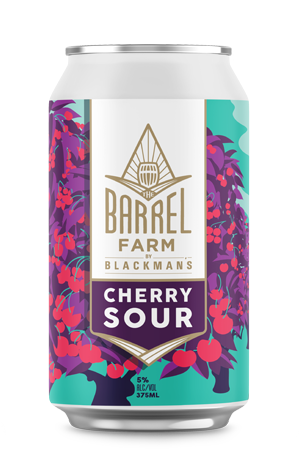 There was a period a year or two ago when Blackman's were on a right old tear when it came to goses. Blink and you'd miss one, maybe two. Hops have been very much in favour for the Torquay-based crew more recently, but they're back in salty sour territory with this release from their Barrel Farm offshoot.

Cherry Sour brings with it the familiarly downy texture common in their goses, aided by the addition of salt and the finest of beads. There’s a lovely soft pink head before it fizzes out of existence, and a deeper, almost red, pink hue that warns the senses of the fruit within. The cherries come across more of the lolly / dessert kind rather than anything too sharp or tangy, something that applies to the approachable sourness too.

NB It's one of two cherry goses released by Victorian brewers at the same time; if you fancy a side-by-side, you can check out Holgate's here.

Launching at the Geelong brewery here

Then available widely from March 11