The buzzing beer scene in South West WA gained another brewery in 2020, as a bare space on Busselton’s busy foreshore turned into the impressive multi-storey home of Shelter Brewing.

Its arrival in the popular tourist town represents the completion of one of the region’s most ambitious projects of recent years: a 25 hectolitre brewery and expansive 1505 square metres of indoor space over two levels, catering for a capacity of 650, and a solar panel-covered, twin-gabled roof that put an emphasis on locality and a desire to reduce the brewery’s environmental impact.

Shelter’s arrival has been a long time coming. Jason Credaro, one of six brothers from the two local families overseeing the venture, has been exploring the possibility of opening a brewery on the town's foreshore – initially under the Blue Mile banner – for years. But now, with his brothers Matt, Chris and Mike, plus Zeb and Asher Packard-Hair on board, the vision has become reality.

“Our location is unique for any brewery, in any region of the world, and our aim is for our beers to enhance this location and venue we have built.”

He says their approach can be described as “owning your postcode” and the six directors have a strong claim to 6280 – they're the fourth generation of both families to live in the area. Jason's family first moved there in 1922 and operate the Credaro Family Estate, while the Packard-Hairs operate Old Broadwater Farm, a popular venue for weddings and festivals.

The family-owned Shelter is designed to be family-friendly too, complete with an outdoor playing area for kids.

As well as sharing director duties, he's taking on the head brewer role, having spent five years at Little Creatures from 2009 to 2014 before working for other breweries, including Brick Lane in Melbourne, in the intervening years.

Although it’s been a long time in the making, construction and fit out remained on track even amid the early months of COVID-19 pandemic, ready for a sunny spring opening. It’s a fit out that features Jarrah floorboards in the lounge, a first floor function room, silver birch trees indoors and a brewery cellar underneath the raised timber flooring that will be home to barrel for seasonal and limited releases.

As for the name, it's a reference to the nature of the location in Geographe Bay: sheltered from the conditions experienced by the coast to the west. And they hope the brewery itself will act as a shelter; if you visit in winter, you might not want to experience the cold on the beach for too long but you can sit inside with a beer and still take in the views.

When it comes to the beers, Jason plans to offer something for everyone with a permanent lineup of six to seven beers covering styles such as IPA, XPA, sours and red ales. Experimental, limited release and more adventurous brews are on the cards as well. Approachability and sessionability will be key, however, with food a big part of the experience, centred around locally sourced produce and a menu focused on “modern, brewery style dining”.

"All of us brewers down here have spoken about educating people about what craft beer is,” Jason says.

The scale and location of Shelter will ensure they have plenty of opportunity to do just that. 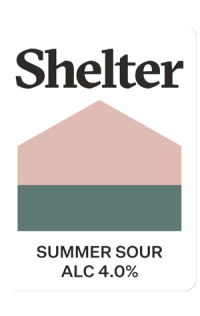 Would any ambitious brewpub open without a sessionable sour in their lineup these days? Probably now, which is an indication of just how much the beer scene has changed over the past few years. Shelter's Summer Sour is a clean, slightly salty sour with good balance. Watermelon and berry flavours mix with a slightly estery yeast profile. And, while the acid character is prominent, it's balanced by a short, spritzy finish.… Read more
Pale Yellow 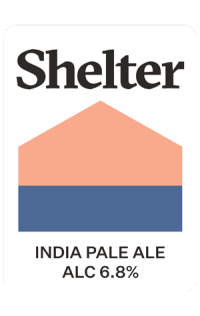 A throwback in an ocean of haze, the Shelter crew opted to put a West Coast IPA on tap as part of their permanent offering when they opened their doors in November 2020. It's one with moderate bitterness and loaded with pine and citrus fruit flavours. Resin, citrus pith, grapefruit and a little malt character bolster things from the mid-palate right the way through to the persistent, bitter finish.… Read more
Golden 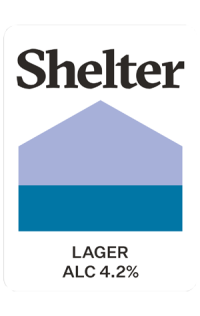 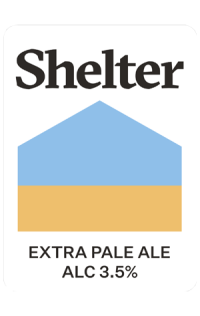 The XPA (by any other name) in Shelter's lineup is also the mid-strength in their permanent lineup. Pouring a burnt orange hue, it leads off with tropical fruit aromas, is underpinned by a gentle bitterness, and has a lasting finish of fruity and herbaceous hops. Very sessionable – and the standout offering for the Crafty writer who called in pre-opening.… Read more
Golden 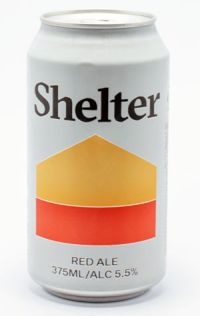 Shelter's Red Ale is a simple exercise in balancing malt and hop to create an unassuming and refreshing ale. As simple as it may be, this steady offering is well made and has been a fan favourite over Shelter’s Busselton bar, hence finding its way into cans. Shelter’s Red pours a burnt auburn hue with a lacy off-white head, and a subdued nose that features notes of grass, sweet maple, burnt toffee and a touch of citrus. On tasting, a moderate bitterness underpins malt flavours of biscuit and… Read more
Red 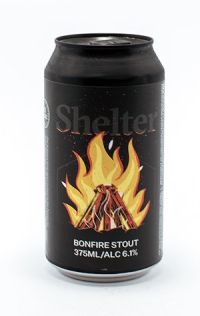 A reboot of last year's Campfire Stout, Bonfire sees Shelter's brewers deliver a slightly amped-up version of the same solid base beer as winter 2022 approaches. Although the alcohol is a mere 0.2 percent ABV higher than last year, the addition of some barrel influence has morphed this roasty stout into something new. With a small portion aged for a month in wine barrels, Bonfire offers up a familiar roast aroma with a touch of minerality, bitter cocoa and a touch of drying wine character. Look a… Read more
Black For their first limited release of 2022, Bussleton’s Shelter Brewing partnered with the fashion outfit Highs And Lows to create a modern Australian take on a classic European style. Table Sour uses peaches and saltbush sourced from WA in a beer designed to be shared with good food and company, with a tart enough edge to cut through any meal yet sessionable enough to keep the conversation on track. At 2.4 percent ABV, it’s hard to think of many social occasions where Table Sour wouldn’t fit… Read more
Golden Yellow In the world of craft beer today, there are no limitations when it comes to inspiration and collaboration. Case in point: Shelter’s effort in cahoots with Hillzeez, the iconic South West surf, skate and streetwear retailer, with whom they've combined to create Surf Wax Sour. Although, thankfully, no surf wax was harmed in the making of said beer, its flavour profile is inspired by the unmistakable coconut aroma of a freshly cracked box or tin of surf wax, aided in no small part by a hefty addition… Read more
Pale Yellow Shelter Brewing Co’s winter 2021 limited release is a straightforward stout inspired by holidays camping in WA’s South West, and it’s a perfectly timed release with the cold, dreary winter weather truly settled in most parts of the state's south at time of writing. Brewed with stacks of oats and generous quantities of specialty malts, Campfire Stout is luscious and rich, but not overly decadent, maintaining balance and ease of drinking. A modest 5.9 percent ABV is centred around dusty cocoa,… Read more
Black Shelter opened on the idyllic Busselton Foreshore to much fanfare in November 2020 and, since then, the beers have been flowing steadily for the masses who visit not just for the beers, but also the picturesque views and food on offer at the impressive brewpub. It was only a matter of time before punters could indulge in a limited release from the creative brewing team, who chose to mark their first in spectacular fashion with a squid ink-infused XXPA. The inspiration for a squid ink laced beer is… Read more
Golden Yellow