Welcome to Gippsland’s Good Land Brewing, the place where good beer comes from.

It’s a simple tagline and, while building a brewery in your hometown might seem like a worthy enough dream, the journey to get Good Land open was far from simple or straightforward. Instead, when Good Land finally opened their doors in Traralgon in 2021, it was the realisation of a decade-long journey for Jimmy Krekelberg and his family.

Go back to 2010 and you’ll find Jimmy working as a mechanical engineer with a love for brewing beer who, as that decade began, had started looking seriously into how he could switch careers and launch a brewery in his backyard. Rather than jumping straight into buying tanks and chasing his dream without any experience, he instead decided to build his knowledge and skills first, and did so by looking overseas.

In 2012, he left Australia for the UK and soon found work at Edinburgh’s Stewart Brewing. A few years later, Jimmy landed a job with the much-loved De Molen Brouwerij in the Netherlands.

Although the Netherlands is one heck of a trek from the Latrobe Valley, his eyes were always set on bringing it all back home so, in 2017, he and partner Layla Brock returned to Australia to make their brewery a reality.

As you might imagine when stainless, local councils and a global pandemic are all at play, that dream took a little longer to realise; Jimmy only started brewing the first Good Land beers at the midway point of 2021 (just as his home state was about to bounce in and out of more COVID lockdowns).

Located in an industrial pocket on the eastern end of Traralgon, the venue melds country hospitality with production capacity to create a local beer experience that’s akin to visiting a winery cellar door. In total there are ten taps dedicated to Good Land beers – plus the occasional guest spot for Gippsland’s other breweries and booze makers – while the taproom’s food offering is supplied by other local businesses who set up camp in the driveway.

Central to it all, of course, are the beers, with the core range made up of the all Aussie-hopped Golden Beach Pale Ale (named after a stunning section of Gippsland’s Ninety Mile Beach), the also Aussie-hopped Little Mate session XPA, and a German pilsner that bears the simple and appropriate name Good Lager. The 20-hectolitre brewhouse isn’t just devoted to that core lineup, however, with regular limited releases in cans and kegs also key to the Good Land offering.

It seems Jimmy’s long journey to open his own brewery taught him a fair bit too: also appearing amid the opening lineup was a DDH saison, a raspberry dessert ale and a 2.8 percent ABV “table bier”, showcasing a seamless blend between European inspiration and modern craft brewing. Or, to quote Jimmy at the time, he had a “recipe list about as long as ten arms.”

The Good Land journey might warrant the “long and winding road” trope more than most, yet when your beer travels take you to the Traralgon taproom, or sees Jimmy’s cans land in your fridge, it’s one that means there’s every likelihood you’ll find a beer just right for you. After all, you’re in a Good place.

Save 15% On Merch At Good Land

Ten years after he first imagined opening his own brewery in his hometown, and following stints at breweries in Edinburgh and the Netherlands, Jimmy Krekelberg will finally open Good Land Brewery in Traralgon this Friday. 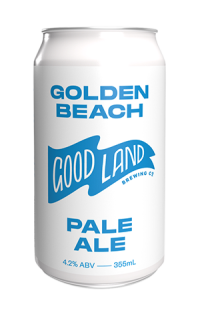 Golden Beach is a spectacular bit of coastline along Gippsland’s Ninety Mile Beach and it's not just a good spot for foreshore camping and soaking in the sun but for a bit of quiet contemplation too. A great deal of this comes down to the presence of the Trinculo wreck, a 19th century cargo ship that casts a rusted shadow over the sand. What did those stuck on the shore think of their new surrounds? How did they pass the time while waiting to be rescued? And, just as importantly, what kind of beer… Read more
Golden Yellow 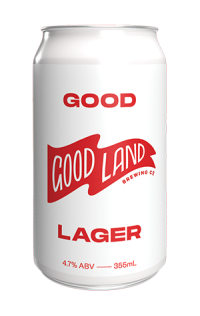 Beer awards might matter to many but ultimately, what makes a good beer tends to be in the eye of the beholder. Does it satisfy? Excite? Quench? All of the above at once? Then if it’s good to you, drink it down. But when you’re brewery’s called Good Lane and your core range lager is called a Good Lager, it makes it hard for anyone to say that beer isn’t a good one. Particularly when it’s so dialled-in and inspired by Germany’s finest lagers but contains Australia’s Enigma hops that… Read more
Pale Yellow 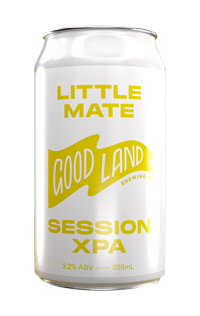 Mate is a powerful word in Australia. Not only can you comfortably use it in any given situation (particularly when you’ve forgotten someone’s name) but in the right context, it can mean the opposite of its intent. Saying mate through gritted teeth is showing someone you’re certainly not their mate and you wouldn’t mind it if they pulled their head in line a little bit. While adding “little” ahead of the word in question only has the potential to add in some condescension and used correctly,… Read more
Pale Yellow 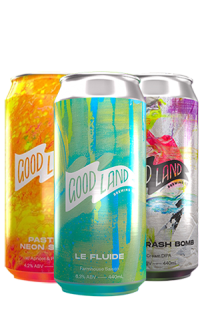 If you were wondering if the regional town of Traralgon was as eager to explore craft beer’s many forms as anywhere else in Australia, then Good Lands Brewing certainly has the answer for you. The brewery only opened in 2021 but has shown a steadfast keenness to brew across styles and these three beers are a pretty good example of that. Pastel Neon Sour is an ongoing series of heavily-fruited sours, with the newest member championing stone fruit by featuring apricot and peaches. Of those two, the… Read more
Golden 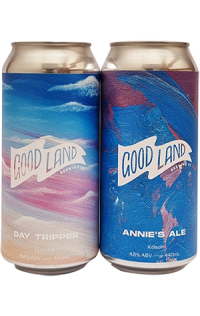 Whether you were once overwhelmed by Beatlemania or are a fairweather fan who thinks they know everything about the band’s interpersonal relationships because you’re halfway through Get Back*, one of Good Land’s first releases for 2022 is almost certain to get a tune in your head. Day Tripper is a DDH IPA from the Victorian brewery that combines hops from America, Australia and New Zealand and is something of a bridge between West Coast and hazy IPAs. It pours with only the lightest opaque… Read more
Golden Yellow 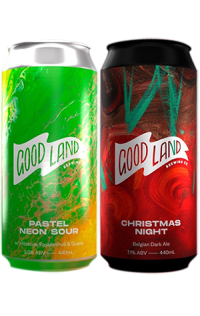 Good Land Brewing are the kind of brewery that tends to release beers in quite quick succession and often, they tie closely with the time of year. In the case of Pastel Neon Sour, it’s a tropical treat for a humid summer and the second of such heavily-fruited sours to be released by the Traralgon brewery, with first containing watermelon and dragonfruit and this one featuring hibiscus, passionfruit and guava. Pouring pink, it seems the whole hibiscus flowers and guava won out in in the appearance… Read more
Dark Brown 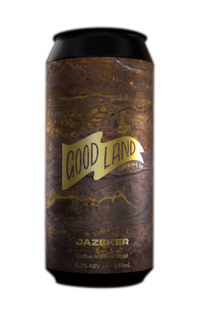 Well, it was only a matter of time really. Years before Good Land Brewing opened, Jimmy Krekelberg was working at De Molen Brouwerij in the Netherlands; a place well known and much respected for big and dark beers. Now that Good Land has been firing on all cylinders in Traralgon for some time, Jimmy’s returned to his time brewing boozy and dark beers with the release of Jazeker, a coffee imperial stout that’s 10.3 percent ABV and therefore, perfectly timed for summer. The coffee comes from Fat… Read more
Black 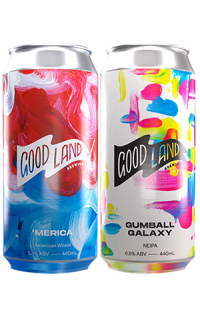 Are we enjoying a wheat-naissance? Well, maybe that's taking things too far but we have just added two beers with wheat in their name to The Crafty Pint on the same day. OK, so one uses the German word for wheat and Good Land Brewing’s ‘Merica is an American wheat that might use that grain in the malt bill but is more about what it does to the mouthfeel in terms of providing a launching pad for hops. So, no, maybe we aren’t enjoying a wheat-naissance, but if you do like your beers light and… Read more
Golden Yellow 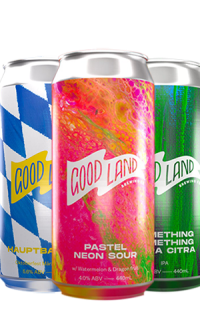 The people of Traralgon are obviously in good hands when it comes to choice, with Good Land Brewing showing a fondness for brewing across styles, releasing very modern, very traditional, very big and very sessionable beers since they opened their doors in July 2021. Their newest include Hauptbahnhof, an Oktoberfest-style Märzen inspired by Munich’s beer halls, with a name that is in turn inspired by the central train stations of Germany. With a golden orange colour, the lager provides a gentle… Read more
Red 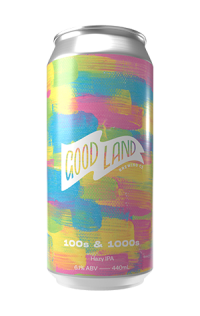 The Good Land Brewing core range might be an accessible one, featuring a lager, pale ale and an XPA but the brewery’s limited releases can really head in any direction. In the case of the hazy IPA, 100s & 1000s, that direction is clearly one of hops. Using 20 grams per litre of beer, it's a beer dry-hopped with Citra Lupomaxc, Columbus and the new experimental American hop, HBC 630 all in the mix, while Eclipse was also thrown in at a lower temperature in the whirlpool to further push out big… Read more
Pale Yellow