WA’s South West is home to a booming craft beer economy. Since the early 90s, the coastal region has been home to a plethora of craft breweries, with many of the early arrivals still brewing today and more opening each year.

More than 15 breweries operate in the region (at time of writing), which is generally considered to span from Bunbury to Albany – about a 400km stretch – although a popular, more beer-saturated zone exists between the coastal towns of Bunbury and Margaret River. And that's where this Crafty Crawl will focus.

Craft beer has become an important industry for the region, with many businesses getting behind the growth of local breweries and acknowledging the boost they offer to tourism, retail and hospitality. As such, even if you chose to skip the pleasures of the region's breweries (which would be a daft thing to do), you can enjoy a taste of what they have to offer from a selection of well-stocked bottleshops, beer-focused bars, and local eateries with considered beer lists.

Little wonder the South West is a becoming a well known hub for craft beer, complementing its global reputation for fine wine and food. Here's a guide to the best venues for the beer-loving visitor, starting in the north and heading south.

Mojo’s, in the heart of Bunbury, finds itself atop the list for many South West craft drinkers who are drawn to the extensive range of packaged and draught beers. A polished food menu and razor sharp service sweetens the deal for locals and travellers alike.

The crew at Mojo’s are striving for the best craft beer offering in the region and, based on some of the rare and limited gear they manage to secure (Cantillon, 3 Fonteinen and Wildflower, to name just a few), they’re in the top echelon when it comes to craft venues in the greater southern area. Nine fridges of tins and bottles are on offer for dine in and takeaway, while four taps of craft draught feature a slew of local, Australian and international beers.

Mojo’s rounds out its offering with a casual dining menu. Though the food is casual in style, there is nothing casual about the quality. The Mojo’s kitchen team cleverly combines local produce with global flavours; Aji Panca wings for example, are inspired by Peruvian cooking and Abrolhos Island Scallop Tataki is a take on a classic Japanese dish that showcases the freshness of the famed Western Australian mollusc. Classics like fish and chips, sliders and steak also feature, and the expansive offering at Mojo’s is the perfect opportunity to explore new food and beer pairings, or just explore the lengthy beer list all on its own!

In recent years, the coastal town of Busselton has witnessed the rise of its own craft beer economy. From breweries, including Rocky Ridge (whose cellar door is in town) and Shelter (which opened late 2020 on the foreshore), to beer-friendly restaurants, Busselton can consider itself a hotspot for beer in the region. And this can be credited in part to The Fire Station, one of the original venues to embrace and promote craft beer in the region.

Built in 1936 and operating as a fire station until 1990, it's a small bar with a focus on beer, pizza and lo-fi wine from WA’s South West. For most, it’s a one stop shop for dining and drinking in the heart of Busselton. The beer garden is arguably one of the venue's biggest drawcards, where live music and games often feature, and the venue's crafty tap takeovers can easily attract a crowd.

The menu boasts pulled pork pizza, bao buns and lamb ribs, while the beer list features local pours including Wild Hop, Nail and Rocky Ridge. You can guarantee a visit to The Fire Station will leave you equally well fed and watered.

The Fire Station is at 68 Queen St, Busselton

NB: A major fire hit The Goose in April 2021. We'll update this once we know whether the venue is reopening.

Beachside dining is at a premium in the South West, but The Goose have managed to secure prime real estate on the Busselton foreshore. And, luckily for those with a taste for the good stuff, they decided to tap into the local beer market and build on the growing Busselton scene.

The Goose offers up a generous tap list alongside an expansive and casual food menu that spans breakfast, lunch and dinner – all with the bonus of a crystal clear view of Busselton’s famed jetty and foreshore. A minimalist and modern interior paired with responsive service allows for a relaxed drinking and dining experience, perfect for losing track of time while enjoying a few beers (maybe even breakfast beers).

The venue's kitchen pumps out globally-inspired dishes with an emphasis on fresh seafood; Karaage squid, ocean trout bruschetta and seafood chowder to name a few. As for beers, things are mostly WA-based at The Goose; expect Eagle Bay, Feral, Otherside and Boston Brewery to be pouring, while a few interstate gems also find their way onto the list. Tap takeovers are a regular feature and have a reputation for being a bit of a party, with special pours and food specials on offer for the occasion.

The Goose is in Geographe Bay Road, Busselton

Hospitality veteran and all-round nice guy Richo Moroney opened the doors to Burger Baby in 2016, filling a gap he saw in the casual dining market in Margaret River and eventually developing a cult following in the South West. Thankfully, Richo also has a longstanding passion for, and deep knowledge of, good beer and is committed to serving the freshest craft beer from South West breweries.

Burger Baby’s food is, as you would imagine, burger-focused, with a range to satisfy most tastes. Locally-sourced proteins, like grass fed beef and line caught fish, as well as other local produce is key to the quality of those burgers (the Kaarage chicken burger with pickled zucchini is a must have), as well as the sides and snacks that bolster the menu. Wings, fried camembert and loaded fries are all perfectly apt if a couple of beers is anticipated. As is usually the way, Burger Baby’s menu caters for just about everyone, including the young ones.

As for beer, an eight-tap lineup features, with primarily local beers on offer. A few staples and some regular rotation keeps the list fresh and catering to all manner of craft drinker. Breweries like Rocky Ridge, Cheeky Monkey, Beerfarm and Cowaramup often feature, while a packaged list delivers even more variety, including some imported goodies. Cider, cocktails and local wines make an appearance as well as the elusive "schooner of dreams"; often a single keg limited release for the more adventurous drinker.

Once you’re finished venue-hopping, you might find yourself wanting to carry on in the comfort of your accommodation, or maybe discreetly among the sights and scenes of the South West. Whether it’s a day at the beach with thirst-quenching tins, or a BBQ of local produce paired with some large format imports, the region has a range of bottleshops equipped to keep the fussiest and thirstiest well sated.

Though wine is generally the big ticket when it comes to packaged sales in the region, recognition for craft has thankfully grown, as has its availability outside of the assortment of breweries. It’s well known that many winemakers prefer the taste of a crisp, refreshing beer after a hard day of crushing and destemming grapes, and there's every chance their demand for quality knockoffs has contributed to the infiltration of those once wine-centric bottleshops…

Margaret River Liquor Merchants in the heart of "Margs" specialises in local and interesting wines, but in recent years the team has progressively expanded the offering to include local craft beer favourites, as well as a few from a little further away. Some stalwart internationals also feature to keep things interesting, including the likes of Garage Project, Sierra Nevada, Lindemans and Chimay.

The shop has a substantial range that is consistently well stocked, varied and always refrigerated, demonstrating that, despite being mostly concerned with wine, the team at MRLM respect their craft beer products and value their beer-loving clientele.

The store is at 110 Bussell Highway, Margaret River

Located on the South West's coast, Dunsborough Cellars arguably holds the title for biggest range of craft in the region, a range that easily rivals anything on offer in the big smoke (Perth). The "Dunsy Cellars" team strives to offer an exceptional range and you’ll find fridges bulging with Australian craft that includes all of the "so hot right now" limited releases from the wider Australian brewing community. There's a stack of imports too, from the commonplace regulars like Sierra Nevada and Evil Twin, and the more difficult to acquire Euro and US gear. Tilquin, Clown Shoes, Wild Barrel, The Bruery, Lost Abbey and Lervig are just a few worthy name drops that find themselves nestled among the store's heaving shelves.

The team at Dunsborough Cellars are committed to exceptional service and in-depth product knowledge. It would be easy to whittle away a few hours searching through the vast range of beer while chatting to the friendly and effortlessly knowledgeable staff – a true reflection of their passion for the products they stock.

It’s also worth noting Dunsborough Cellars has a sister store, Cape Cellars, which stocks an impressive range of craft and offers the same outstanding service in Busselton. 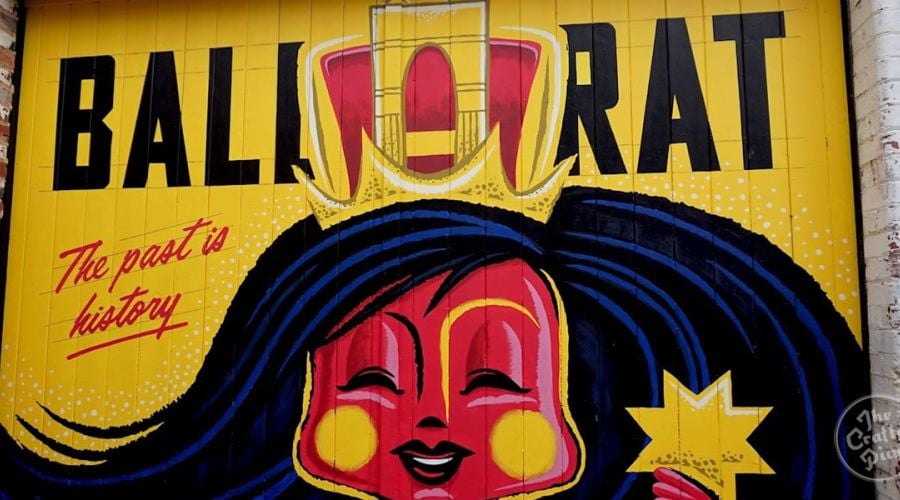 Much is brewing three hours south of Perth in what is increasingly becoming the Margaret River beer region. Guy Southern headed there to spend time in the company of the merry men that call the beery bucolic bliss of The Beer Farm home. read on