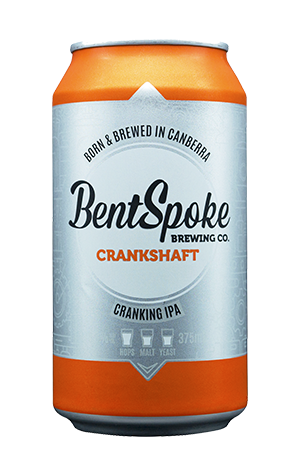 One of the beers that has become something of a flagship for BentSpoke, the Crankshaft is a US-inspired "Orange" IPA. Why orange? Well, for a start it pours a bold orange / rust colour. And then there's the choice of US hops that are lavished upon it: initially Centennial, Citra, Cascade and Simcoe but evolving to switch out Cascade and bring in fellow Americans Equinox and Mosaic.

The result are aromas and flavours that lean heavily towards the citrus (in particular orange, of course), with a touch of resinous pine in there too, all impeccably balanced by caramel malts that keep it in "Where did that beer disappear to?" IPA territory. It wraps up with a quite delicious bitterness, making it dangerously moreish. In a good way.