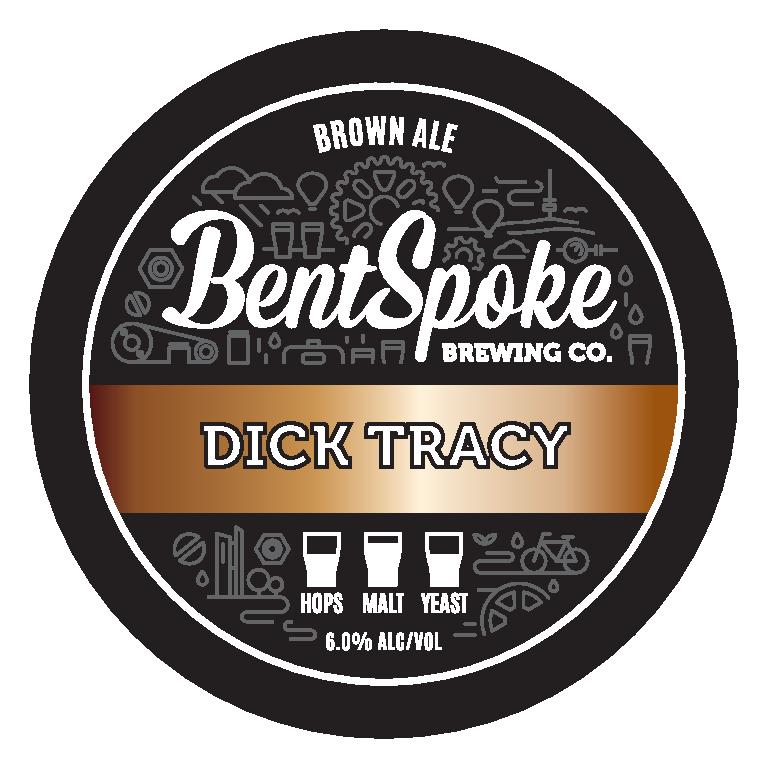 The first ever beer to go through the BentSpoke brewery, its taps and into punter's hands, the Dick Tracy is the sort of concoction that some brewers like to use when putting their gleaming new setups to the test. In other words, it adds plenty to the mix in order to see how the brewery will handle them. In this case, the mix featured lots of darker malts, some fruity hops and a Belgian yeast.

The resultant beer is one that doesn't lack for complexity. If you're after rich, fruity, nutty dark toffee malt characters, you got it. If you like a touch of fruit hops in your beer, you'll find them too. And if you're partial to the distinct spicily fruity characters derived from classic Belgian ale yeasts, they're here too.