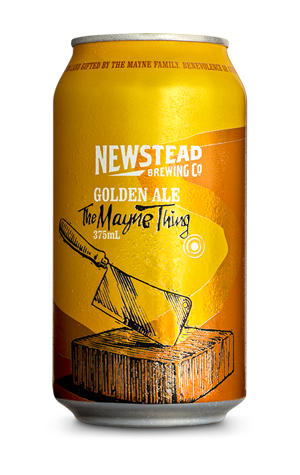 A beer that shows you don't have to strip all malt and hop character out of a beer in order to call it a golden ale, Mayne thing may be the beer designed as the entry point in Newstead's core range but it's got plenty going for it. Not least the bright and lively citrusy and tropical hop aromas emitted form its clear golden liquid.

There's a touch of sweet malt in there too, straying into caramel territory, but mainly it's about the Citra and Galaxy hop combo, presented cleanly in a beer in which you'll find more than initially meets the eye.