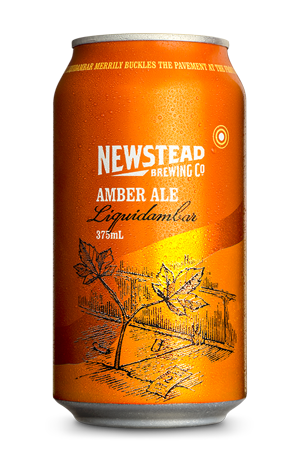 Just as Mark Howes likes to pack more hops than the average man into his lower ABV ales, it appears he's a fan of ramping up the malt character in his amber too. For a start, this beer named after a gum tree pours with the sort of colour that makes you (well, those of us at Crafty Towers anyway) want to dive straight in: a burnished deep chestnut glow that will have you salivating like Pavolv's dog.

It's the result of a mix of six malts, which also deliver flavours and aromas of Werther's Originals, sweet biscuits and sticky toffee pudding, with a spot of toasted malt in there to add a little balancing dryness. Since moving brewing in-house, the old school hops have come more to the fore too, adding an earthiness that, alongside some fruity esters, adds a little of the ESB to this line and length amber ale .