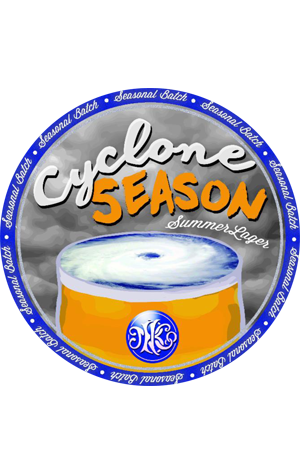 Even escaping to the other side of the planet for the holiday season, it seems we can't escape the floods. The top half of England is currently under water as Queensland braces itself for cyclone season. Thankfully, the good sorts at Newstead Brewing have been beavering away to create something for their locals to look forward to in the shape of the Cyclone Season Summer Lager.

It takes its lead from the lagers of Germany, although not the gentle Helles style from Bavaria that most brewers look to mimic when creating a German style lager. Instead, they've looked to Dortmund, where the sulphates and carbonates in the water accentuated the hoppy bitterness brewers wanted from their beers. As such, it's almost all German in terms of malt and hops (with some Czech Saaz sneaking in too), although the water comes from Newstead.

They're calling it "a modern interpretation of a classic style" that "being minerally and hoppy [is] refreshing and perfect for 400 percent humidity."