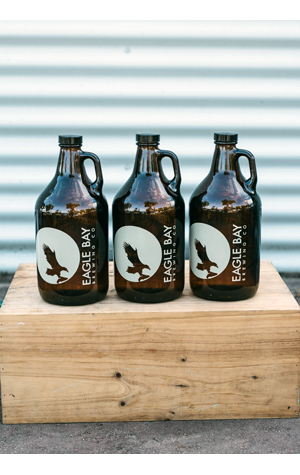 March 2017 sees Perth venue The Mantle celebrate the flavours of the Kimberley and, as part of the event, the team there hooked up with Eagle Bay to create a new beer. The brewers atop Cape Naturaliste are keen collaborators and also not averse to adding non traditional ingredients to beers, so it would seem an ideal match up.

The beer they came up with is the West Coast Native Ale and the non traditional ingredients added to the core four were five kilograms of desert limes from Mavick Native Farm and 50 grams of anise myrtle from the Bush Food Experience. To give them room to breathe, the base beer style chosen was a light and easy American wheat.

According to the brewery: "The West Coast Native Ale features herbaceous and citrus notes upfront, with zesty lime" and finishes "with a touch of bitterness and anise myrtle." They've brewed just 1,000 litres, which you'll find on tap at the brewery and The Mantle, in Fremantle, plus a handful of other Perth region bars.

And, should you prefer your Eagle Bay beers a little darker, the arrival of autumn means the return of their seasonal Black IPA. You'll find the 5.5 percent ABV, 60 IBU drop at rather more WA beer venues.