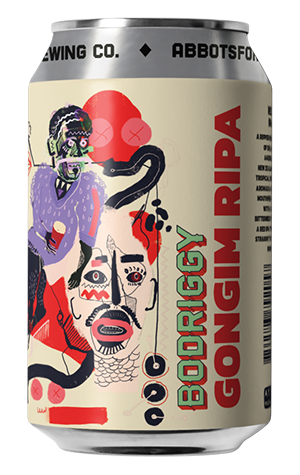 Given how many times I’ve watched The Castle - it was about a monthly viewing at one stage - I’d assumed it would be pretty hard for a brewery to release a beer containing a reference to the movie that I didn't immediately get. But Bodriggy achieve that with Gongim; a reference that’s obvious once you think about it but which I missed until the beer was gone.

The Red IPA was first released during Good Beer Week in 2017 and received a new look and slight recipe tweak for Autumn 2021. Though it might night pour as red as some in its category, this RIPA is loaded with as many lush caramel notes as any other you'll pick up. Using hops from America and New Zealand, the combination comes through as a West Coast classic with a mix of pine, nectarine and grapefruit leaping forth before quite a big bitterness follows through to balance out the malt backbone.