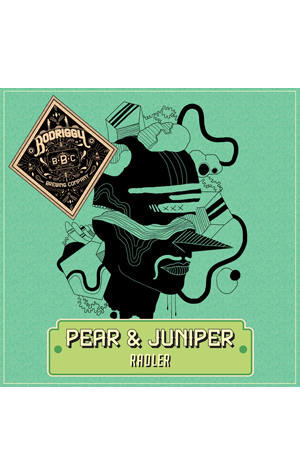 You'd have needed one pretty high-powered crystal ball to accurately predict the beer styles that would take off in the Australian beer scene over the past five years. When the number of mangoes per litre or an exhaustive list of the yeast strains and bacteria added during the brewing process have become part of the standard way of things, you know we're not in Kansas anymore. Some of the styles that have come to the fore have roots in Germany – think Berliner Weisse and gose – and now (with tongue quite possibly planted in cheek as an insurance policy) Bodriggy is predicting radler – effectively a shandy in which beer is mixed 50/50 with a non-alcoholic drink – will be next.

Why? Apparently, brewery co-owner Pete Walsh partook of a cheese board while in Berlin that featured a combination of pear and juniper and figured it needed to be turned into booze. Thus, "aiming for the lucrative Miller Chill audience", they've used 50 percent local pear juice (the real stuff, not concentrate) and dry-hopped with juniper for bitterness and "gin like aromatics".

Such is their confidence they're onto a winner, they're planning to release a different radler every summer featuring different local produce. Or, should things not pan out quite that way, hoping you'll have forgotten about their bold prediction in 12 months time, perhaps.