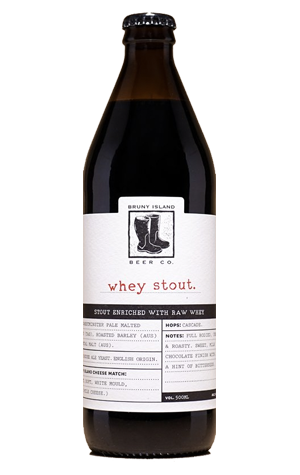 One of many beers in the Bruny Island lineup that highlights Evan Hunter's desire to do things not only his own way but often the hard way. There are plenty of milk stouts around that use lactose (milk sugar), which is left undigested by the beer's yeast to add a creaminess both to the texture and flavour. Rather than buy in the lactose for this beer, they make use of the local bounty and carry nearly 400 litres of cow's milk whey left over from making Raw Milk C2 to the brew kettle, 50 metres from the cheesery.

The result of this endeavour is a stout that's smooth, creamy and chocolaty with only the barest hint of roasted barley to be found.