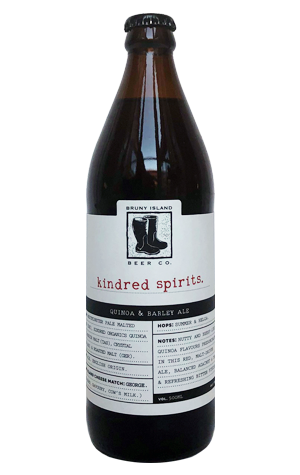 Bruny Island's brewers continue to make full use of their home state's bounty with a new release timed for the start of autumn. Joining the hops from Bushy Park this time around is quinoa from Kindred Organics (as well as various other forms of specialty malts from home and abroad). Yet, like Tasmania itself in many ways, the resultant red ale is reminiscent of the old country.

It's a beer that demands to be consumed a little warmer than most beers you'll pour into your glass in Australia, with those added few degrees unlocking the unlikely grain bill and the English origin yeast. Once unlocked, you'll be able to make your way through toasted nutty aromas and something woody and floral, while there's wintry spices and dark berries amid the rich malts and a drying, earthy bitterness tying up the pieces, just in a pint of malty goodness in an English country boozer.