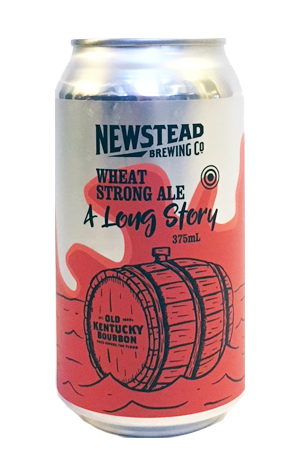 When they moved into their second brewery at Milton, Newstead installed some barrels and filled them with an assortment of liquids. And, as autumn turned into winter in 2018, they decided it was time to see what was inside some of them. First to be emptied were ex-bourbon barrels containing a strong ale brewed with 100 percent wheat (a decision that led to them breaking part of the brewery and having to shut down production temporarily), which has since been named A Long Story.

Some of said brewery-wrecker has been popped inside cans and, should you pop it back out again and into your mouth, you'll find a dessert like sipper. Reminiscent of an English old ale at heart, but with added layers from the time spent in Old Forester barrels, upfront it's all treacle, raisins, candi sugar, sweet muffins and oaky richness. But underneath all that dense malty, fruity sweetness, there's a tannic dryness too. One to take your time over.