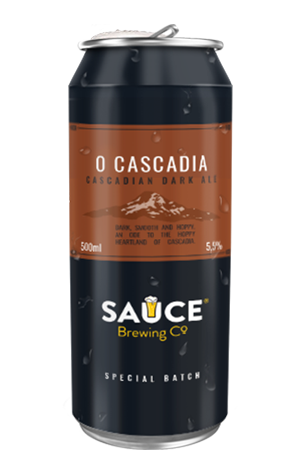 While it's not for everybody, and is still dismissed in some quarters as a fad, there's no doubting the New England IPA is very much a thing. And it's a thing that shares much in common with another hoppy beer style that originated in the US a few years before NEIPAs arrived in all their turbid glory. Back then, it was brewers on the opposite side of the country, the home of the West Coast IPA, that had done something wicked: sticking heaps of hops into dark beers and giving them the oxymoronic title black IPA. It might have upset the purists but, damn, dark malts and American hops turned out to be a winning combination.

Under alternative, friendlier names like Cascadian Dark Ale – after the Cascade Range in the Pacific Northwest – or American black ale, the trend grew, reaching something of a zenith in Australia a handful of years ago. Then, after their moment in the sun (or should that be shade), they slipped quietly back into obscurity.

Nonetheless, inspired by the brewery founder’s recent trip Stateside, Sauce has gone back to black with O Cascadia. Theirs is an interpretation that seems to sit somewhere between an American pale ale and porter rather than some of the bolder versions associated with the style. At just 5.5 percent ABV, it’s certainly not big enough to be considered a black IPA so what we have is something rather more approachable, a beer where three of the Cascadian states’ most famous hop varieties – Cascade, Amarillo and Simcoe – play along with with chocolate malt and subtle roast characters without ever being bothered by astringency.