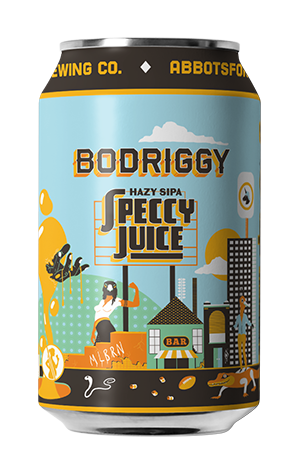 Central to the mission at Bodriggy is to be part of and celebrate the community in which the brewery sits. Thus collaborations are likely to play a regular role, collaborations such as this one with Melbourne icon, the Old Bar. Or, more specifically, its pub footy team, The Unicorns.

Adorned with a rainbow unicorn and footy jargon aplenty, not least its name, it delivers much within its 3.8 percent ABV: punchy tropical hop aromas with grapefruit to the fore, potent hop flavours and a gripping, resinous bitterness that warrants the IPA tag. But, given it's designed with post- (or possibly pre- and mid-) footy refreshment in mind, there's little in the way of ballast to hold you down when you're eyeing up your very own speccy.