Beer The Mill Brewery I Can't Believe It's Not Juice 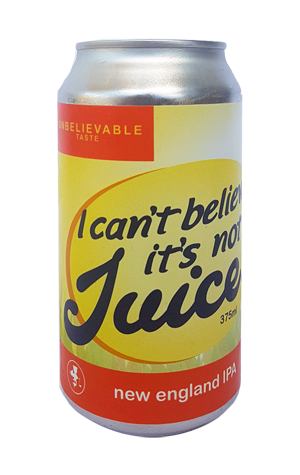 It’s been a long time between packaged releases for The Mill Brewery. Close to a year ago, the Collingwood brewery came out with The Great Russian, a Lark Distillery whisky barrel aged imperial stout with an ABV above ten percent. This time around, the crew at the Mill has gone for a slightly more warm weather appropriate approach by releasing cans of one of the taproom’s top sellers, the New England IPA I Can’t Believe It’s Not Juice.

Coming in a label that makes no secret of the fact the beer’s name stems from one of the world’s better known butter substitutes, I Can’t Believe It’s Not Juice serves up tropical flavours of mango, pineapple and orange. Though the beer also possesses the hallmark smooth texture of the style and a slightly prickly mouthfeel, compared to many other NEIPAs around, it also packs a substantial bitterness.