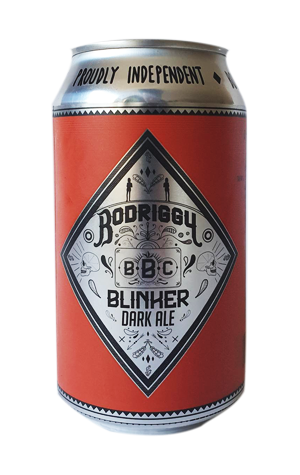 Bodriggy Brewing’s eyes appear set towards winter as the Abbotsford brewery releases the Blinker Dark Ale. The beer is inspired by the traditional dark ales of England, though it might be more accurate to say it’s inspired by the pubs those beers are enjoyed in as, in the brewers' words, Blinker is “as comfortable by the pint at the pub as it is by the fireplace paired with a hearty meal.”

While it’s not quite as luscious or sweet as many stouts out there, there is a clear rich chocolate hit upon first gulp. There’s also some nuttiness, caramel and aniseed in there too, albeit not enough to prevent Blinker finishing dry.