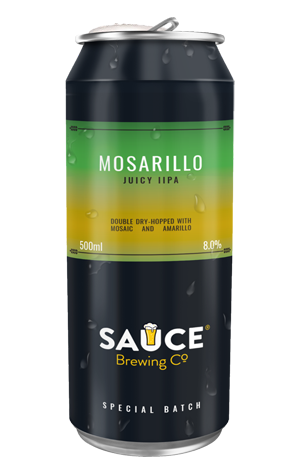 They may have won Champion Session Beer at the 2019 Indies awards, but the team at Sauce Brewing sure knows how to make a beer with oomph. For their second birthday, they’ve brewed a beer they’re describing as a “Double-hop, Double Dry-hopped, Juicy Double IPA”, one that brings together two of their favourite hops - Mosaic and Amarillo, in case you hadn’t figured it out.

Sauce threw the biggest dry hop they’ve ever carried out into this beer, and it shows - the hop aromas leap up at you like an excited puppy. Orange and pineapple hit the nose hard, but they hit the palate smoothly, as thick, juicy flavours wash over the tongue, leaving only a thin layer of bitterness settling in your mouth when you’re done.