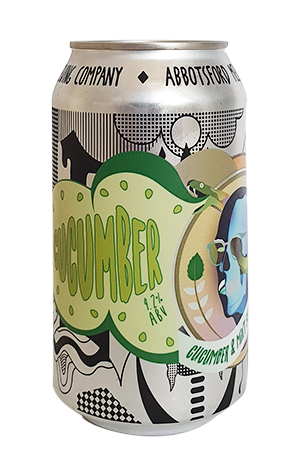 Once upon a time, not that long ago, beer advent calendars felt a little like a way for bottleshops to get rid of any old stock lying around. That's not the case today, with breweries asked to brew unique beers for many of the packs so that, come December, fridges are emptied of the usual Christmas essentials and instead loaded with mystery beers.

Among the many sour, hoppy, dark and unusual releases in Carwyn Cellars’ Canvent in 2018 was Bodriggy's Cucumber and Mint Sour Pilsner. Sure, it might sound like a bit of a mess of words but the beer’s light and refreshing summer drink saw many call for its return and, after more than a year, they got the sequel.

So what was it those cucumber pilsner fans were asking for? Crack the can and the answer is, well, lots of cucumber. It hits the nose immediately and balances the pilsner’s crisp base before being joined by a soft mintiness and slight tartness that, to my mind, immediately conjured memories of jelly mint lollies.