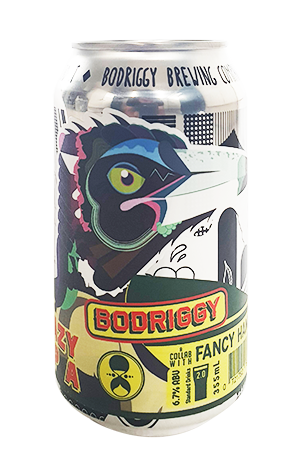 For the 2020 Melbourne Food & Wine Festival, Bodriggy and Fancy Hank’s got together to create a menu based on the Latin American and Tex Mex-inspired menus both Melbourne haunts offer. As well as co-hosting an event, The Good, The Barbacoa, The Ugly, (on March 21 if you're reading this in time) they got together to brew a beer too.

Dayspring IPA is a hazy IPA brewed with the Norwegian kveik yeast that local breweries have been experimenting with regularly over the past year or so. It was used in combination with Azacca and Cashmere hop to create a mix of peppery, spice-like flavours that complement the tropical hop aromas. On that front, it was guava and mandarin that came to the fore along with so-ripe-you-better-not-leave-it-another-day mango in a beer that’s otherwise a classic, hazy IPA with a thick body, juice-like appearance and registers very low on the bitterness scale.