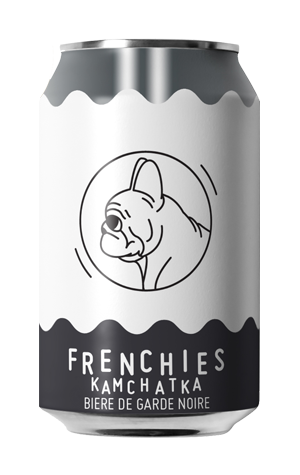 Of all the beers Frenchies have released since opening in 2017, in this writer’s opinion Kamchatka is the one that most represents the founders Vince de Soyres and Thomas Cauquil. No one would ever jam a brewery and French fine dining bistro in together on the same premises. And no one would ever brew a bière de garde and jam it full of enough Carafa malt to render it black as the void.

Kamchatka is named for the far eastern Russian peninsula where Vince and Thomas made a 700km trek through a bear and volcano riddled landscape and hatched the plan that became Frenchies Bistro and Brewery. It is also a place of significance for the French naval officer and explorer Lapérouse, who, while in Petropavlovsk to rest and resupply his fleet, received orders to investigate the British colonial expedition to Australia. It is from this expedition that Frenchies other core bières de grade - golden and red- are named for (Lapérouse and Astrolabe).

The beer itself is a veritable smorgasbord of malt flavours. It is genuinely amazing that such a bevy of flavour compounds can be the outcome of a relatively simple three grain grist. By way of illustration, the following words are taken verbatim from my hastily scrawled notes: golden syrup, vanilla, burnt coffee, dried fruits (raisins), chocolate shortbread?, bitter black malts and hop bitterness not astringent, fruity yeast esters, drinkable.

Like Frenchies, Kamchatka is remarkable, complex and absolutely one of a kind.