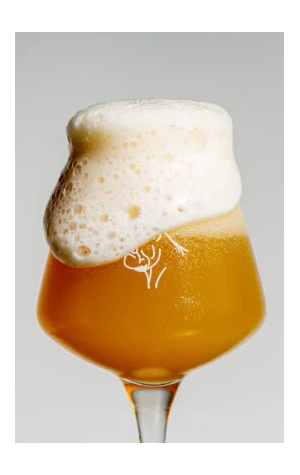 Intergenerational warfare. You absolutely love to see it. Young vs old, youthful exuberance vs wisdom, cyber bullying vs a swift kick up the arse, who will reign supreme?

Playing the different generations off each other: just a bit of fun or is it an unnecessary distraction from the only war that actually matters (class war)? Who could possibly say?

Here, Frenchies have continued their hop-focused experimental collaboration with the Hopsters Coop Brewery and weighed in on the old vs new debate with competing 7 percent ABV IPAs, the hazy New Kids and the west coast Old Kids.

Starting with the New Kids, we’ve got a big hazy IPA brewed with a couple of newish and still very On Trend hop varieties from the US. Strata has a reputation for being a hop that brings huge tropical notes mixed with weed-like dankness, and Sabro’s pineapple and coconut cream has practically carried the milkshake IPA movement on its back for the last few years. What better combo to represent the New Kids?

In the other corner we have the Old Kids, which sticks with the tried and true favourites of “old” Mosaic and Citra. There was a period there about ten years ago when every American style pale or IPA contained Citra, and then a few years later the same was true for Mosaic. Like Cascade and Centennial before them, Citra and Mosaic led the charge of the modern west coast IPA and are fitting choices for the Old Kids.

In this great battle of the ages, there is a clear winner here. And that winner is you, the punter.