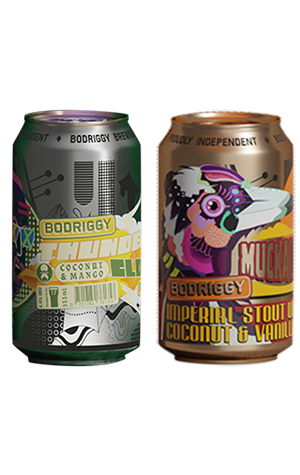 There must be a coconut fiend at Bodriggy as the brewery have two releases out featuring the shredded stuff. There’s the return of the Thundercloud Sour IPA series in which coconut and mango are the featured fruits. While the coconut is only lightly sprinkled in there, the mango does the heavy lifting and meets the beer's tart edge to bring it awfully close to fresh juice.

Second in the coconut run - and with added vanilla - is the imperial stout, Muckamuck. It’s a returning beer for the brewery and one that channels liquid Lamington in a long glass, mixing it with some dark chocolate and sprinkling a little roasted cacao on top.