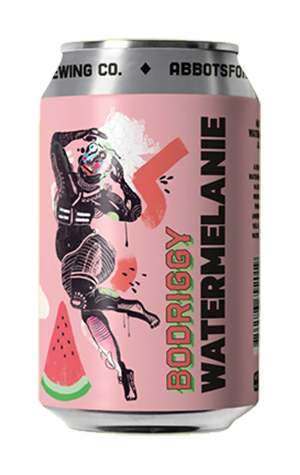 Often, when Australia’s brewers look to America’s West Coast for inspiration, their search is for big, bold and hoppy IPAs but, for Bodriggy's March 2021 release, they’ve instead opted for the fruit-filled and light. WaterMelanie is a watermelon ale inspired by Hell or High Watermelon from California’s 21st Amendment Brewery and has seen the Abbotsford brewers add 2,000 litres of watermelon juice to a base beer that’s heavy on the wheat.

Having never tried a Hell or High Watermelon it’s hard to know how well WaterMelanie captures her essence but, if the original faithfully fills a beer with each element of the fruit, then the Bodriggy brewers have certainly done well. From watermelon’s sweeter and juicier elements, to a flavour that's more akin to taking a bite of the white rind, WaterMelanie drips flavour atop what's really a rather traditional wheat beer, where a light note of clove and a full mouthfeel plus well-judged carbonation create a beer that's light and fresh but heavy and satisfying all at once.