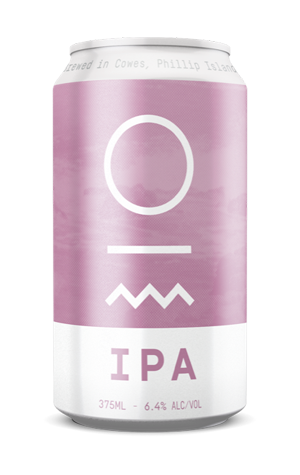 When the Crafty team bumped into Simon and Alex Bismire just before the 2021 Australian International Beer Awards were about to kick off, I remarked that their core range IPA had been my pick of the beers when we'd shared their entire lineup at a team tasting a week or two earlier. Two hours later, we all learned the awards judges agreed as "the pink one" became one of two Ocean Reach beers to pick up a gold medal on the night.

It's an IPA that takes elements of classic US IPAs and updates the DNA with more extravagant hop characteristics. The aroma flits from what the team called musk sticks or potpourri to candied berries – loganberries was one very specific suggestion – with plenty of sweeter malts there to carry things along. The latter contribute a pretty full, borderline sticky mouthfeel that threatens to veer into canned fruit syrup territory before a pretty potent bitterness reins it in.