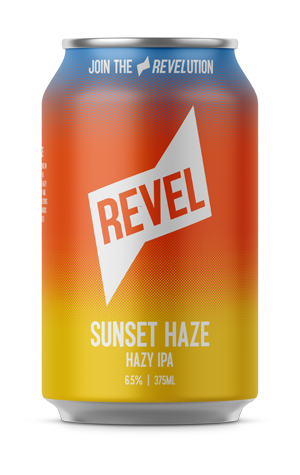 From the vantage point of Revel Brewing Co’s new digs high up on the banks of the Brisbane River, the sunsets are really something. It’s not clear whether this particular sunset was the inspiration for the 2021 addition to their core range, Sunset Haze, but it’s hard to imagine it wouldn’t have played a part.

The brewers have been rolling out hazies – in many shapes and form – in their limited range for a while now and have settled on Sunset Haze as their flagship. It’s a classic hazy alright. Bold tropical fruits on the nose which don’t let up on the palate either, where it’s a cornucopia of passionfruit, mango and sweet orange. Naturally, the body is lean, and the mouthfeel is light with a touch of bitterness to make it understood you’re not drinking juice.