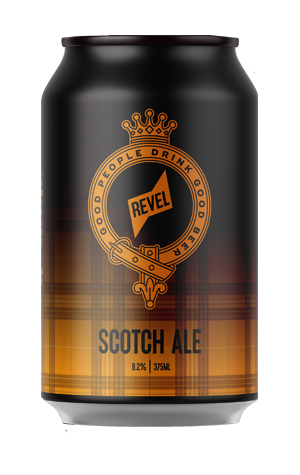 For a brewery accustomed to taking risks, it comes as no surprise Revel Brewing Co have taken on a style that rarely sees the light of day in balmy Brisbane: the Scotch ale. Launched as the city rolled into spring, it’s unlikely you’ll be enjoying this one fireside but still there’s plenty of intrigue to this beer to keep the conversation going after dark.

Dark amber in colour, the beer lights up like an ember when held to the light. The kind of beer best enjoyed in a wide snifter or tulip glass, there’s abundant toffee and some slight estery notes of raisins on the nose. The real star of this style is its complex malt backbone, however, which combines skilfully into a decadent mélange of caramel, molasses and a touch of peat smoke. Rounded out with a gentle bitterness that offsets the beer’s sweetness, it comes in at an alarmingly drinkable 8.5 percent ABV.