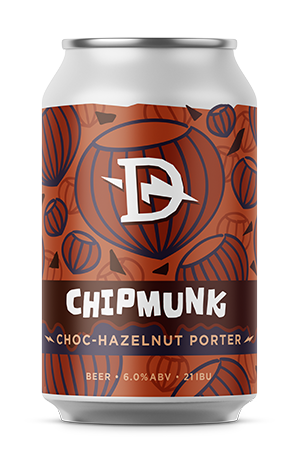 The weather’s well and truly dropped in Melbourne and the city’s breweries are turning their attention toward satisfying cold nights. In the case of Dainton, their focus is on satisfying both winter's approach and sweet-tooths with Chipmunk, a choc hazelnut porter.

Sure, it might not be as rich as some of Dainton's previous dessert-inspired beers but Chipmunk does provide quite an immediate hit of chocolate that most closely resembles drinking cocoa over a slice of cake. Add in the flavours of roasted barley, a distinctly heavy hit of hazelnut and a dry finish and you have a balanced beer that's light enough to return for another but still sweet enough to replace a post-meal dessert. In other words, think of it as a block of fancy chocolate in beer form (but a word of warning: according to Google, never try to feed chocolate to a chipmunk).