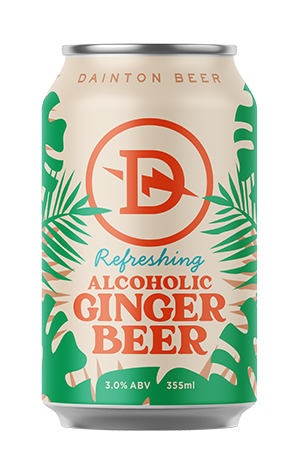 Here’s something a little different from Dainton Beer - ginger. OK so surely in among the many releases, the Melbourne brewers have ensured the root spice has made its way into a least one beer* but Refreshing Alcohol Ginger Beer isn’t about adjuncts - it’s about refreshment.

Released as 2022 is on its way out, the 3.0 percent ABV beer certainly has a summer of sun on its mind. While some ginger beers can go down a spiced route, Dainton’s is more light and zesty rather than straight-up tangy while it's crisp finish ensures that as the distinct ginger flavour washes away, you're ready for another round.

*A quick Google makes us simultaneously correct and sad we missed a saison made with beetroot and ginger.