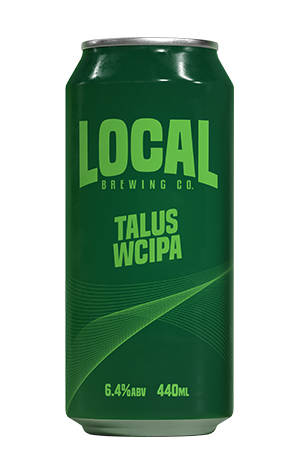 Towards the end of 2021, Local Brewing Co gave Strata a starring role with their West Coast IPA Stratum, which also featured two American classics in Simcoe and Amarillo. Now they’ve followed it up with Talus WCIPA, which once again picks those two hops as more background players and lets another shine.

If you’re family with Talus, the American hop is an impressive varied one, with descriptors like oak, wood and coconut (it’s a daughter of Sabro after all) applied to the variety, alongside the likes of citrus, flowers, stone fruit and pine. In Talus WCIPA, there are definitely quite a few of those flavours that poke through, with a quite intense woody and piney element joined by citrus and floral perfume. The beer’s malt base meanwhile, is quite old school and pours orange while providing a mix of sweetness and bitterness on the finish.