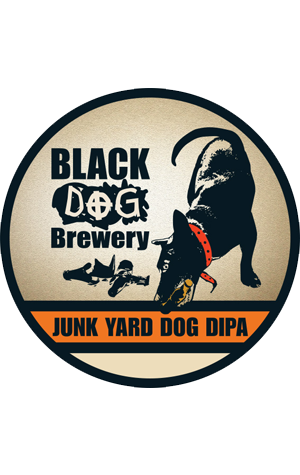 Black Dog has never been afraid to play around with high ABV beers, whether in the form of barrel-aged barley wines, collaborative imperial red ales or imperial stouts. The Junk Yard Dog Double IPA, which belongs in that family too, was debuted at Good Beer Week in 2014 and has returned to see out the year.

Brewer James Booth hasn't held back on the hops – even by double IPA standards – packing so many American, Aussie and Kiwi hops into the brew it's registering somewhere around the 140 IBU mark. The hops in question are Citra, Simcoe, Warrior, Chinook, Centennial, Nelson Sauvin, Galaxy and Columbus – not exactly shy and retiring types – so he packed the beer full of specialty malts able to hold their own too. The result is a rusty brown, very full-bodied beast in which the citrus, tropical and piney hop characters go to war with chewy caramel and honey malts in a seriously solid and bitter beer that's not for the faint-hearted.