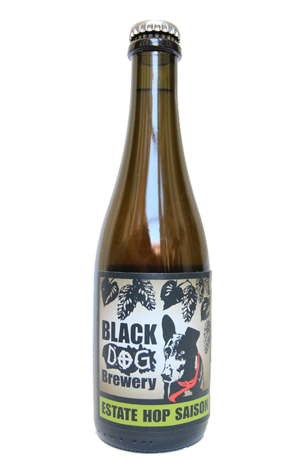 He has quite the little enterprise going up in Glenrowan does James Booth. Not only is he running the family's long-established wine business, Taminick Cellars, and brewing beers as Black Dog on his flash Italian brewery but he's growing ingredients for some of his beers too.

For his occasional release, the Estate Hopped Saison, he adds homegrown Aussie Cascade and some local Topaz to the mix, giving this traditional beer style a New World twist. They're not added to the same level as in, say, near neighbour Bridge Road's India Saison, but they're present enough to add a touch of fruitiness and, more noticeably, a resinous bitterness that adds to the existing tart dryness of the base beer, resulting in a complex beer packaged in 375ml champagne bottles that's alternately funky and spicy, fruity and bitter.