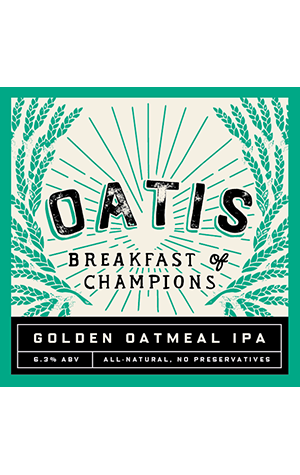 Oatmeal stouts are reasonably commonplace, but an oatmeal IPA? That’s what Wayward created for their 2015 GABS entry when they added a touch of classic Old World cereal to a New World IPA. Thanks to a couple of generous hop additions it’s got every bit of tropical fruit character you’d want from a punchy American style pale ale or IPA – think grapefruit, pineapple, lime zest, plus a bit of apricot. Coming in towards the 80 IBU mark, it’s technically amongst the most bitter of the Wayward beers but, thanks to the way the sweet toasted malt integrates with everything else, it barely registers. When you add a slightly creamy texture, which is the oat effect, it all adds up to a wonderfully moreish beer. Indeed, it got enough love to warrant being pulled into the permanent lineup where it remained until late 2018 when it was rebranded as Wayward's flagship and straightforward-named India Pale Ale, minus a bit of the oat effect but as solid an IPA as ever.