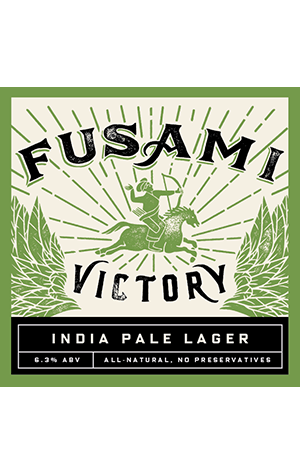 In 2012, SABMiller India, part of the then behemoth multinational brewing corporation SABMiller, filed a trademark appeal against Wayward Brewing. The crux of the matter, from their point of view, was that ‘Wayward’ sounded a bit too close to ‘Haywards’, a popular beer produced in India. On the assumption that Wayward, then a gypsy brewer producing around 20 kegs at a time in Sydney, probably wasn’t going to cause a great deal of confusion to drinkers from the Asian subcontinent, Pete chose not to roll over under threat of big money litigation and decided to fight the giant. After a prolonged two year battle, the decision went in his favour and he was free to continue being Wayward. To celebrate, the next beer brewed under the label was an India Pale Lager named Fusami Victory. It delivers most everything you’d want in an IPA – that is to say hops, and lots of them – but sat atop the clean malt character of a pilsner. It’s one designed for the naysayers who don’t drink lagers as a matter of course, with the intention of helping them get over their lager-phobia. Although the beer is officially named in tribute to the FUSAMI tribe of central Asia which purportedly invented beer some 10,000 years ago, we’ve heard rumours of another meaning. However, Pete swears on a stack of bibles by the official story…