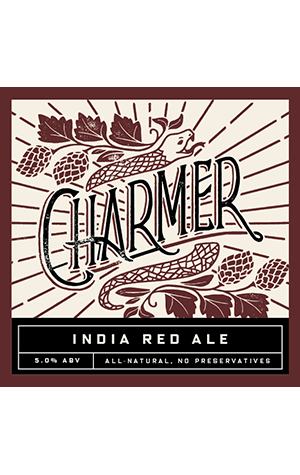 Wayward’s first beer and still their flagship, the Charmer India Red Ale is the product of five years of home brewing development and extensive consumer testing, by which we mean house parties. Whenever Pete would host a social gathering, the beer that would become Charmer was often thrown into general mix of beverage offerings. When guests started preferring that to commercial beers, he knew he was onto a winning recipe. It’s a ruby red ale that bursts with hop aroma, which ins’t particularly surprising given there are five different hop varieties – Pacific Jade, Cascade, Amarillo, Galaxy and Centennial – added in five separate additions during the brewing process. It’s also a big and malty beer with a dry and clean finish that won’t fatigue your palate, leaving you hanging out for more.