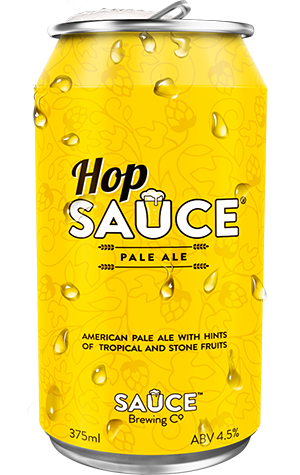 While Sauce owner Mike Clarke may have opted to launch the Sauce Brewing Co. with a double IPA, that’s unlikely to be the kind of beer to win over your average punter. Hop Sauce, on the other hand, very much is. This is effectively the brewery’s go-to beer and a recommended first port of call when testing out the range. It’s a clean and refreshing American style pale ale that’s resplendent, thanks to the American and Aussie hops, with tropical and stone fruit aromas and flavours.