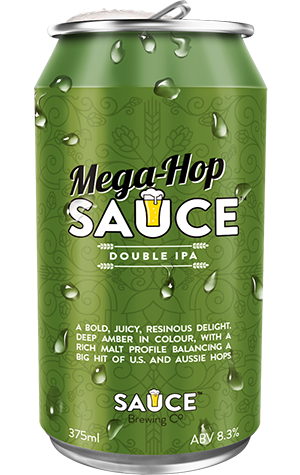 As a brand new brewing company, if you want to try and cut through the noise of an increasingly crowded beer scene it generally pays to do something a bit out of the ordinary. Making your first beer an 8.3 percent ABV double IPA and launching it in cans would seem to fit that bill. That’s what Sauce did when they hit the market with Mega-Hop, a thoroughly enjoyable and deceptively drinkable DIPA. It’s a beer that leans a lot on deep and sweet malt characters to balance a trio of hops – Calypso, Melba and Topaz – that fill it with notes of pine, resin, tropical fruits and even a touch of spiciness.