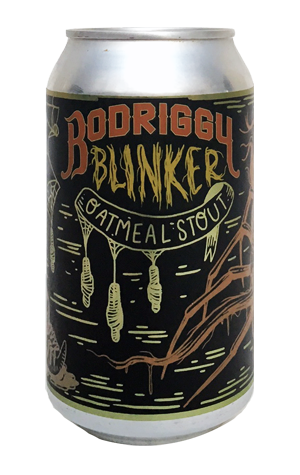 Bodriggy continues its embrace of the local Melbourne beer and bar community via this collaboration with Collingwood venue Nighthawks. Alongside their near neighbours they concocted Blinker to be launched on May 17 at Nighthawks as part of a Good Beer Week event screening the documentary A Band Called Death about Detroit's punk pioneers.

So, how do you honour a punk band in beer? Something dark would seem to fit the bill and that's what you have here: an oatmeal stout also available in cans complete with mummified cocoons hanging from webbing in what appears to be a cave. The beer comes with some lactose to add additional sweetness and creaminess on top of the oats, with the outcome a beer that's towards the lighter end of the stout style in colour and very much in the sweeter, easier drinking, chocolaty range too, with a dusty roasted character there to dry things out a little.

And select beer outlets around VIC