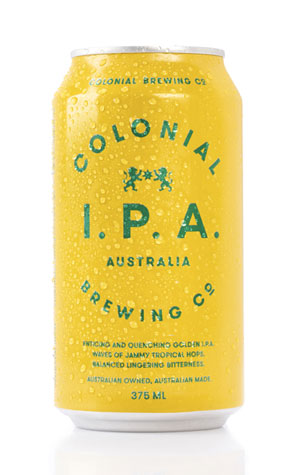 There are breweries out there well known for releasing a broad range of IPAs. Yet, over the years, Colonial Brewing Co has released a cavalcade of its own, many under the IPA on Tour banner. Yet they've tended to be draught only, snuck into a few venues without much fanfare. One variant has stuck around, however: an all Australian one that became part of their regular canned lineup when they fired up the canning line in Port Melbourne.

All Australian means all Aussie hops atop an Australian malt base. The hops were chosen for their tropical, piney characters and deliver a solid, resinous bitterness too.