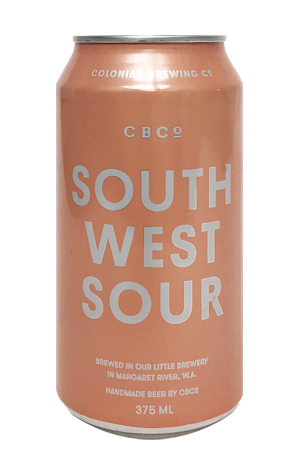 Colonial’s seasonal release program gives the brewers a chance to play around with local and fresh ingredients plus whatever happens to be on trend. In South West Sour’s case, the Indian summer gave the Margaret River team a chance to cast a gaze over the refreshing Berliner weisse style. The intent was to create one that celebrates a style for season rather than being clinically true to style. In this sense the 4.6 percent ABV and Bertie Cider like can sit well within the Colonial range and will easily sate drinkers though the decline into autumn.

It's an approach that's proven popular too, with the beer graduating over the course of 2018 to the brewery's permanent offering.