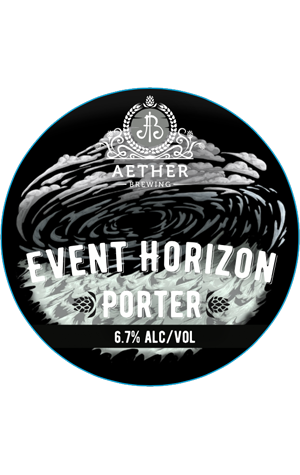 If you ever get the opportunity to head into space and look into a black hole (that’s the dream, right?), you won’t actually see anything. That’s because nothing – not even light – can escape it. That phenomenon is known as an event horizon and is discussed at great lengths by physicists and sci-fi lovers alike.

So it feels like a huge call to name a dark beer Event Horizon; if the physicists and sci-fi geeks were to inspect it, they’d probably have a lot of scoffing to do. Luckily, most punters don’t take things too seriously and are happy to take a beer at face value.

Head brewer Dave Ward admits that it “straddles the line between a porter and a stout”, and is generally happy for people to call it either. It’s just as well the CBIA Craft Beer Awards 2017 had a category called "Porter/Stout" because that’s the category in which Event Horizon won a bronze award.

Coffee and chocolate flavours are the main players in this beer, with rum-soaked vanilla beans bringing a little syrupy sweetness. It doesn’t enter into dessert beer territory, though – deep roasty notes balance out the flavours.