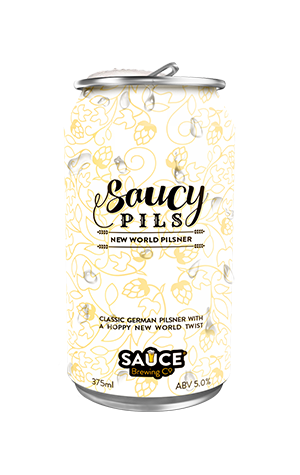 For the many merits of urban and industrial breweries, one of the downsides is their locations often mean you don’t get the simple pleasure of enjoying a beer outside, whether in the sun or beneath the stars. When it opened towards the end of 2017, the Sauce brewery became one of the obvious exceptions as their Marrickville home has one of the more impressive outdoor beer gardens of any Sydney city brewery. So, one of the first things they did when it was opened to the public was add a year round release with beer garden drinking firmly in mind.

The Saucy Pils could most succinctly be summed up as being no fuss and chock full of hops. To draw that out a little, it’s a New World style pilsner built on a classic German malt base then dry hopped to good effect with New Zealand hops. That leaves you with a beer that’s crisp, fruity, refreshing, rewarding and entirely fit for purpose.