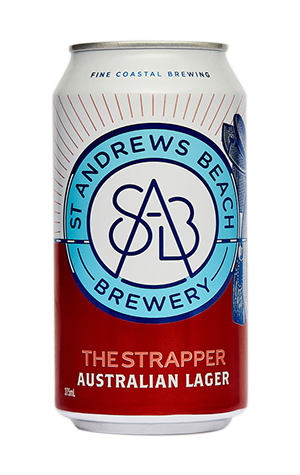 You've opened a brewery in a popular tourist region, your venue has a large capacity, you're going to be busiest in the hottest months and you're aiming to bring in a wide spectrum of guests – families, locals and tourists as well as beer enthusiasts. In other words, it's not a bad idea to have a broad appeal lager on your lineup.

Given the man designing the beers for St Andrews Beach Brewery's launch comes with more than 50 years in the Australian beer industry, it's fair to say he knows his way around a lager too. And what Dermot O'Donnell and his team have come up with is an undemonstrative, refreshing pale golden number: a hint of fruitiness, cracker like pale malts and a touch of bitterness, there to quench thirsts on a hot day at the coast.