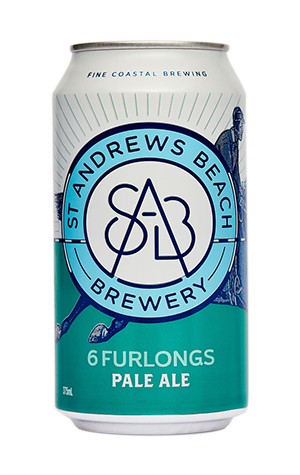 The training track at Markdel measures six furlongs and, while it's no longer alive with the sound of pounding hooves, it does live on as the name of the brewery's popular pale ale.

6 Furlongs is an American style pale ale, one that retains the bigger malt profile of some classic beers of the style rather than opting for the leaner, more stripped back approach often found with contemporary releases. This sweet caramel side of the beer, while created with specialty German malts, is reminiscent of malty English ales, with a combination of American and Australian hops transporting the beer across the Atlantic and adding hints of citrus and orange to the beer. The malt sweetness keeps any accompanying bitterness held well in check and the beer well within approachable territory for the broad array of guests making their way into the brewery's converted stables.