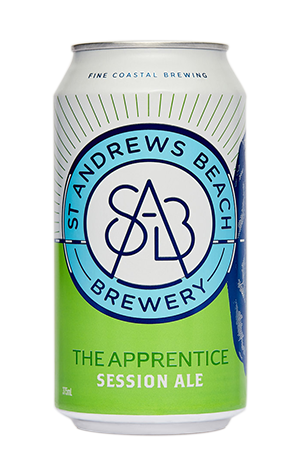 If you've paid a visit to St Andrews Beach Brewery since it opened at the very end of 2017, you'll be aware that it's an operation where enticing as broad a spectrum of visitors to a brewery venue unique in the world of Aussie beer is of greater import than blowing beer geeks' minds. And the first beer to hit taps at its Mornington Peninsula home after the opening quartet of pale, golden ale, lager and pilsner sticks to that ethos.

It's a session ale, weighing in at just 3.5 percent ABV, that we're told balances rich toffee malt with aromas of citrus and piney resin and comes with "a restrained bitterness" – presumably with the driver in your group in mind.