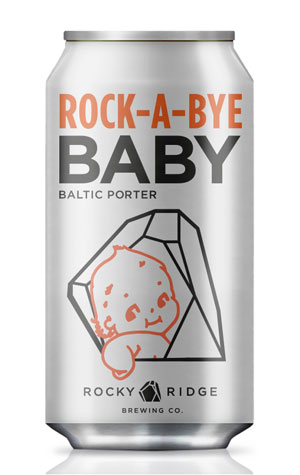 Another week, another Rocky Ridge collaboration, this time with Margaret River craft beer and burger joint, Burger Baby. It’s a wonder the brewery team can keep pace with these releases, let alone punters! Not that anyone is likely to be complaining about a Baltic Porter arriving at the start of winter.

It’s a style that finds occasional favour with Australian breweries but perhaps the longer lagering time - 42 days in this case - means it doesn’t have the profile of its speedier-fermenting ale yeast cousins. Whatever the reason for Baltic porter's relative scarcity, here you've got a beer that's a deep auburn brown in the glass, with aromas of nutty caramel and slightly toasted malt that lead into a wave of similar flavours and an integrated, roasted bitterness that keeps the malts from tipping towards overt sweetness.

The fuller malt body creates a perceived creaminess that swirls with chocolate and cold drip coffee as the near 8 percent ABV warms what's a very clean drinking beer. It's Baltic, Baby!

UPDATE (24/10): Soon after the initial release, a portion of Rock-A-Bye Baby was cooed to sleep for three months in ex-Dirty Bitch imperial stout barrels, which has added complexity and depth. Stave tannins and dryness now run the length of the palate, while muted berry and hazelnut appear fleetingly with a cola-like spice that compensates for the thinner body and soft, lilting carbonation.