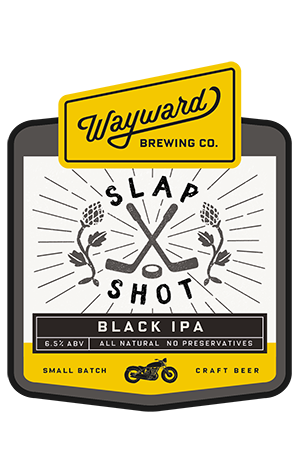 Black IPA is one of those beer styles that seemed, in Australia at least, to rise quickly to prominence then disappear again just as fast. But there was a time, just a few short years ago, when it felt like every other brewer was attempting to make something that straddled the line between darker malts (albeit sometimes chosen for colour more than impact) and punchy American hops. Who knows why they didn’t stick around because when they’re well made they’re a real pleasure to drink. Like this one, for instance.

Wayward’s Slap Shot is not quite black but is pretty darn dark. More importantly though, it’s replete with citrus and pine hop character, the kind you want in a decent IPA. On the other side, the malt doesn’t attempt to take centre stage with an overbearing roastiness, instead just laying the foundation with a little side serve of caramel sweetness that works well with the distinct lack of overall bitterness.

Slap Shot is only 6.5 percent ABV, which might be a shade on the low side for some purists, but it doesn’t matter a jot; to flesh out the hockey metaphor, it’s akin to taking an economical backswing while still hitting you with the full force of flavour.