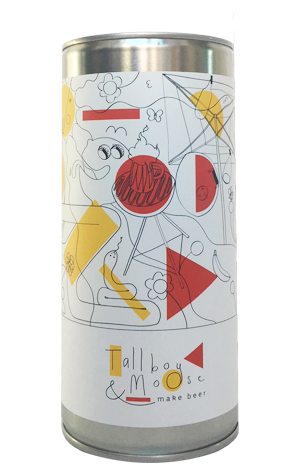 Having made it through two years with just a sole beer as a permanent pour at their brewpub (the Cream Ale), Tallboy & Moose have relented and added a second. It's called SunRay XPA and, if you're a regular at the Preston venue, you'll probably have tried something like it before as it's an evolution of the SummaTime XPA debuted in late 2017 for one of our blind tasting events as "a counterpoint to the heavier single hop pale ale series" that's also been a feature of their taps.

It's a hazy, vibrant yellow-orange affair that uses a triumvirate of fruity hops from here, NZ and the US (Vic Secret, Motueka and El Dorado) to create what Moose reckons is a very particular aroma. Quite what that is, he didn't say, but it's not dissimilar to sniffing hop oils squeezed into your palms from a hop cone plucked straight from its bine (admittedly, the sample we had was from a day-old batch). There's freshly sliced orange and melon in there in a beer that's pretty light on the palate yet manages to leave a faint yet grippy, resinous bitterness in its wake.